Chiwawatala School gets a new roof thanks to LCCF

Over the past two years Grade 8 and 9 pupils have been introduced to Chiwawatala Basic School in Mfuwe, one of the two schools the Bushcamp Company & Mfuwe Lodge supports. This has significantly increased the school's attendance numbers and classroom requirements. A lot of planning has had to be done in order to accommodate all of the classes in both morning and afternoon lessons. Over the years this challenge has been increasing as one of the classroom blocks had become unsafe and unfit to teach in with the main danger of the roof collapsing being the greatest concern.

The Bushcamp Company and Mfuwe Lodge has already established a relationship with the school and has supported and funded many projects, both building and pupil sponsorships. And, with the headmaster highlighting this as a priority for the school, the Bushcamp Company decided to use some of the funds collected from our guests from the Luangwa Conservation & Community Fund (LCCF) on the essential renovation work on this classroom block as soon as possible for the safety of the school and to cope with teaching the increased volume of pupils.

With a local contractor found work began in the school holidays at the end of 2010. As well as adressing the above problems, it was decided to raise the roof to Government Standards of 2.8 meters, build a veranda on the front of the building and include a ramp for easy access for any disabled pupils attending the school. As the photos below show, the whole roof was removed and was replaced by a new tin roof after extending the height of the building. The back wall had 7 windows added to increase the amount of light coming into the classrooms and provision for water drainage was made around the whole building.
After 6 weeks, and just in time for the start of the new school year, the building was repainted in a cream colour, which has dramatically improved the look of the building. The school teachers and kids are very happy with their renovated classroom block now, as it has created a safer and brighter educational environment. 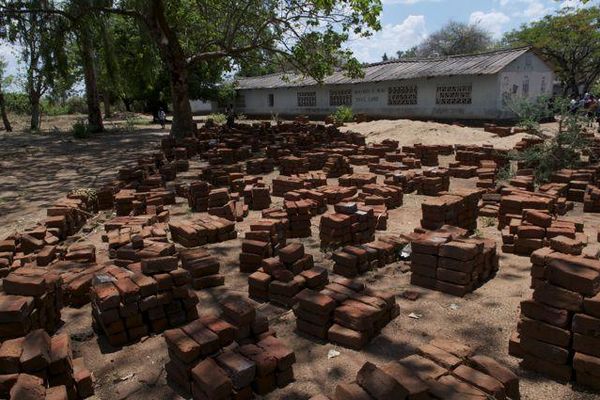 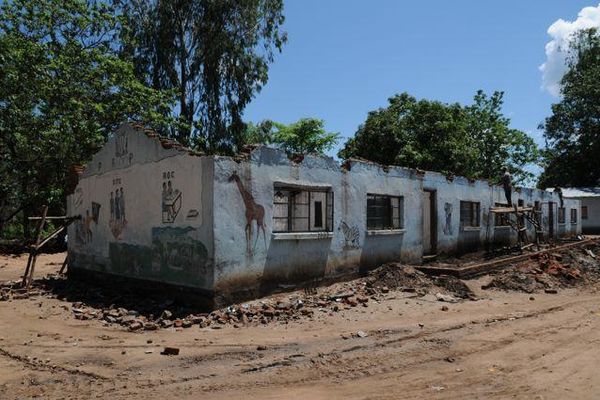 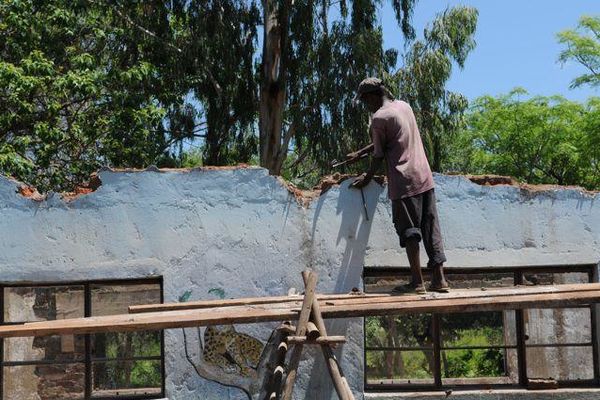 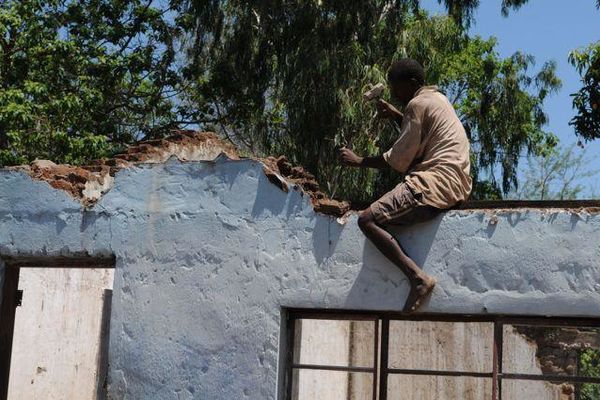 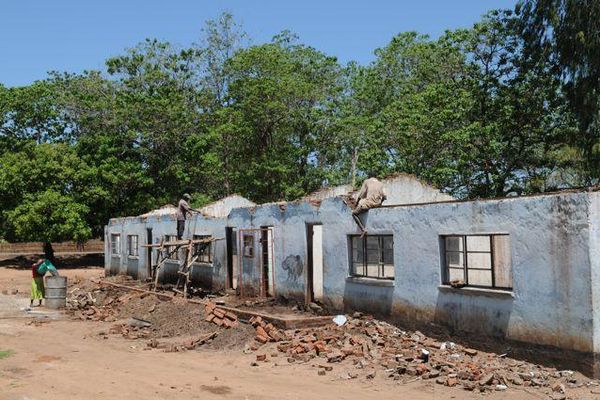 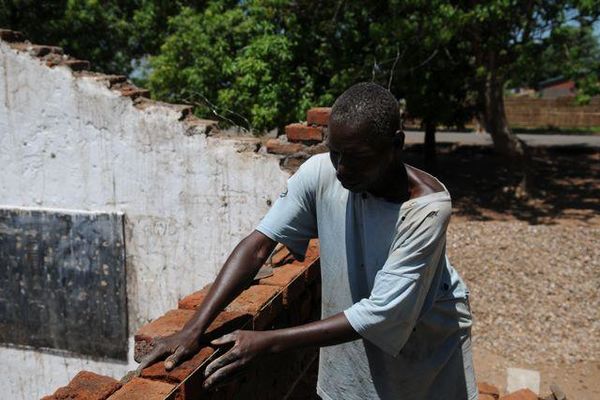 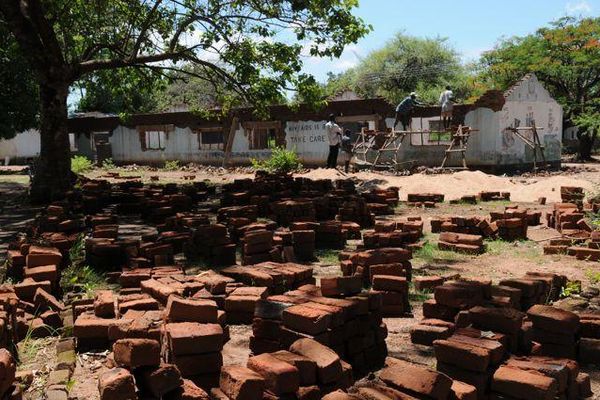 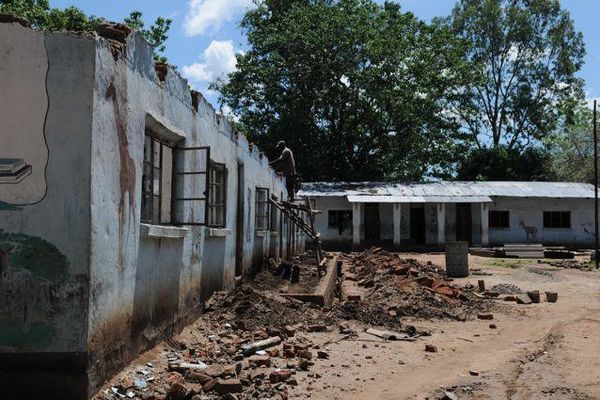 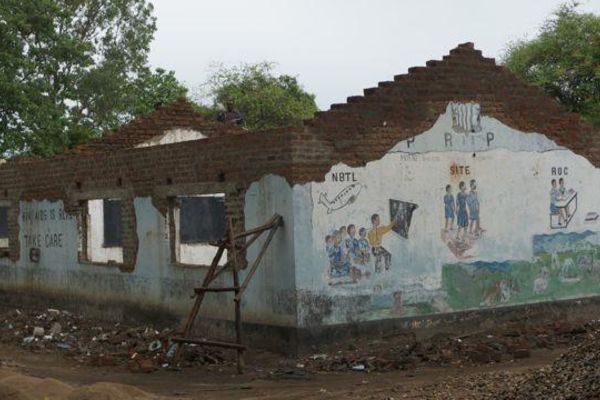 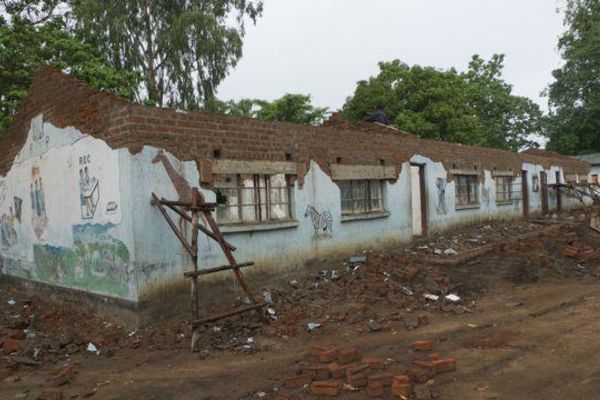 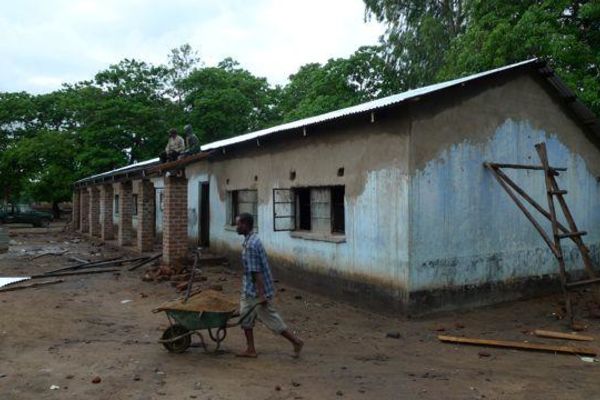 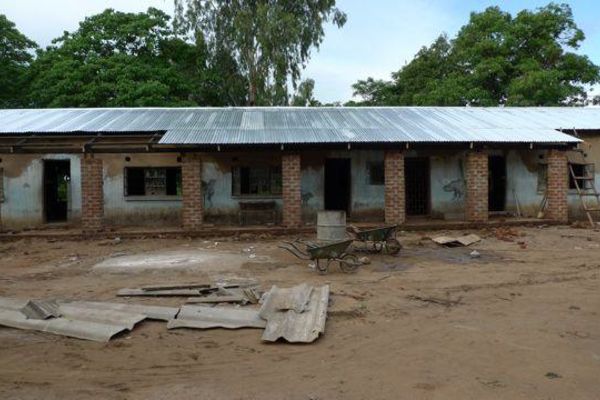 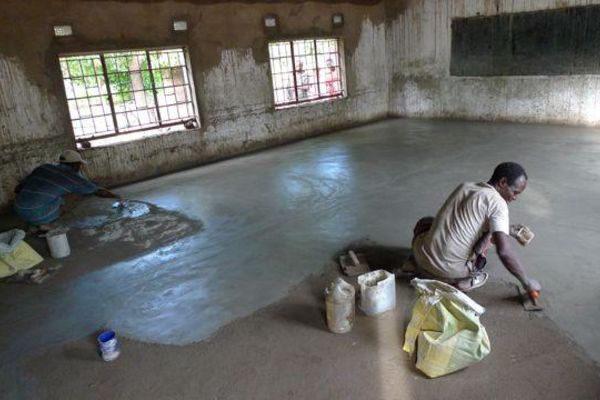 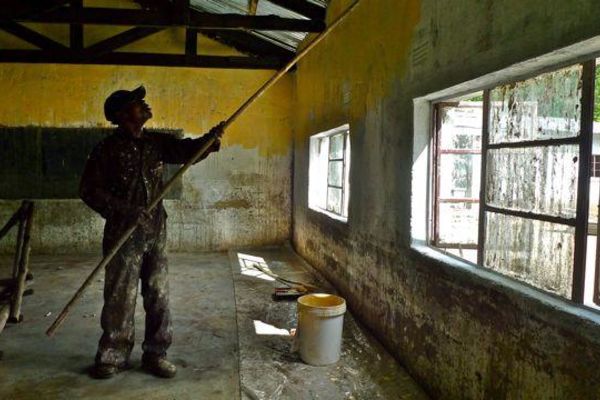 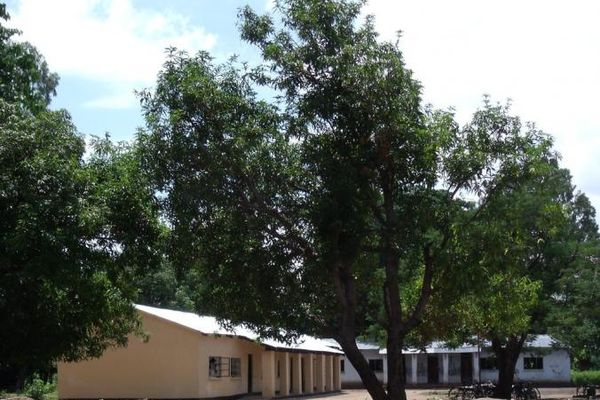 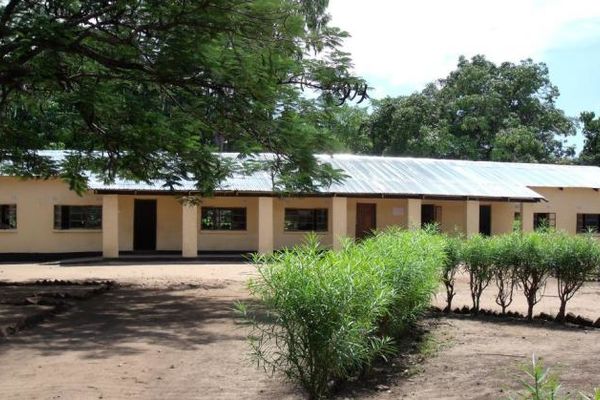 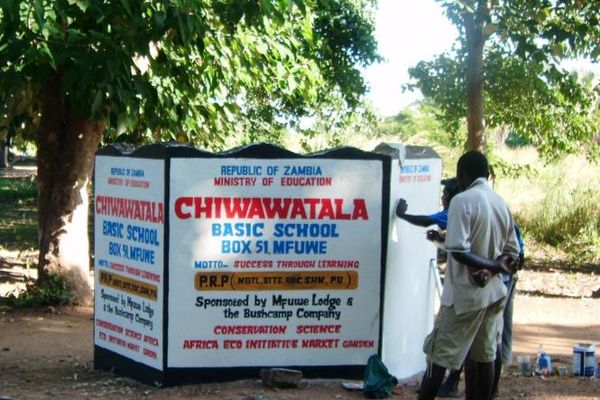