“Wellie”…or to give him his full name…”Wellington”, is the latest offspring of Mfuwe Lodge’s favourite elephant…”Wonky Tusk”. Wonky has been a regular guest at the lodge for a number of years, visiting every October and November to feast on the fallen fruits from the large “Wild Mango” (Cordyla africana) tree in the lodge grounds. The fact that a large safari lodge is built around this delicious food store is of no concern to her…after all, why walk the extra few metres to go around, when there are some nice steps and a tiled reception lobby to saunter through each day? Her family’s annual dining habits have been the focus of many a photograph and newsworthy article, and even a children’s book, but now the arrival of Wonky’s new baby “boy” has added another chapter to the ongoing story.

At about 5.30 am, on the morning of “Halloween”…. a huge “elephant” commotion was overheard in the dense bush opposite the lodge deck…trumpets and squeals were accompanied by lots of heavy, grey bodies rushing to and fro among the trees. As things settled down somewhat, the human spectators reported sighting a tiny, baby elephant in the company of old “Wonky Tusk”. To our great delight…less than 48 hours later…Wonky and family appeared at the lodge, accompanied by the bonny baby, still not too confident of walking without tripping over his trunk. In common with the rest of his family he made himself instantly at home, showing little interest or concern over all the clicking camera shutters and a considerable amount of “oohing and aahing”! His only difficulty was in trying to negotiate the climbing of the lodge steps…an utter failure at the first attempt!

In the week since his first visit “Wellie” has returned every day, with mum, brothers, sisters, aunts, uncles etc. in tow. The steps have now been conquered, with the aid of a helpful trunk or two, and a couple of gentle kicks from somewhat overlarge feet. Climbing down the steps is still somewhat comical, requiring a rather undignified use of an ample behind. It looks as though “Wellington”….so named because of his arrival at the start of our rainy season, when rubber boots become fashionable footwear….and the fact that the original Wellington also had a big nose, is now part of the Mfuwe Lodge family… So remember, when checking in at Mfuwe Lodge reception, keep looking over your shoulder, you may not be the only guest with a heavy trunk!! 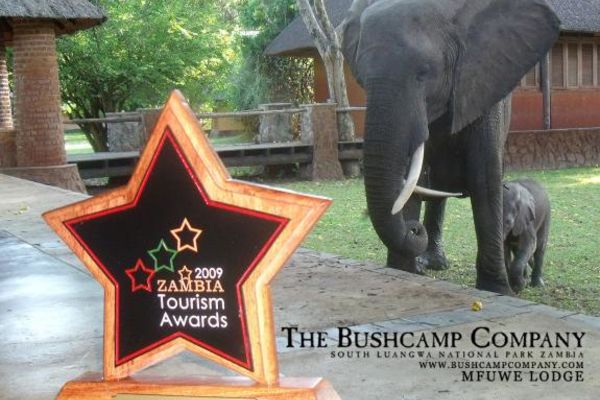 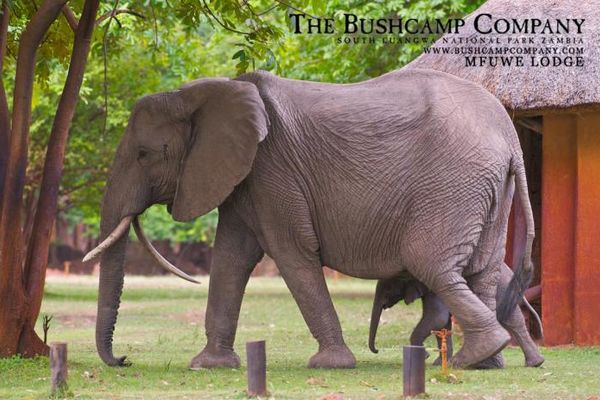 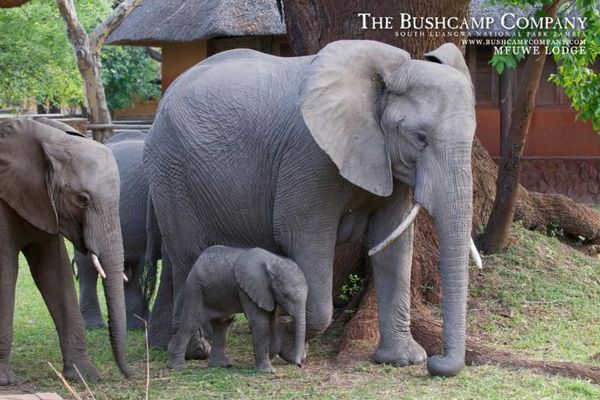 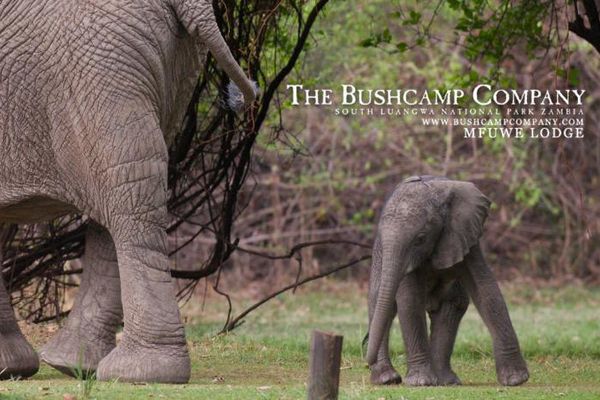 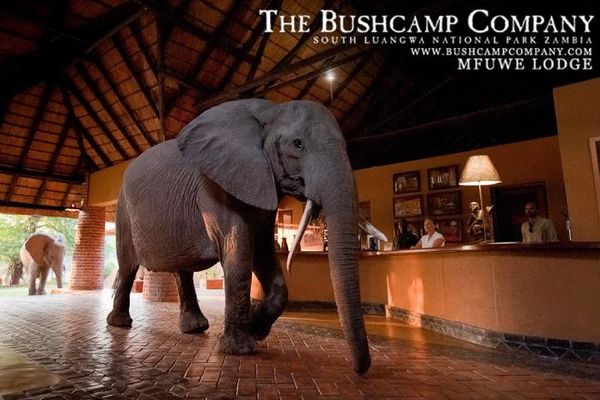 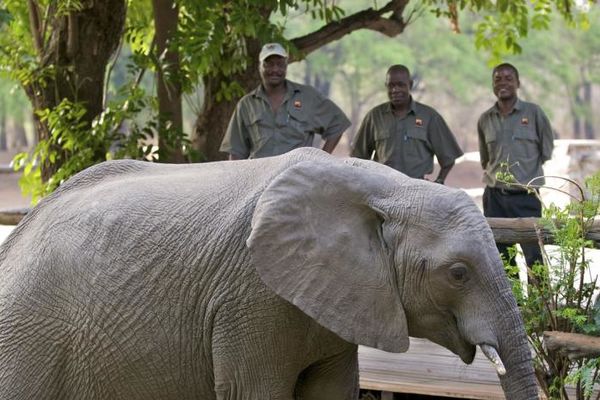 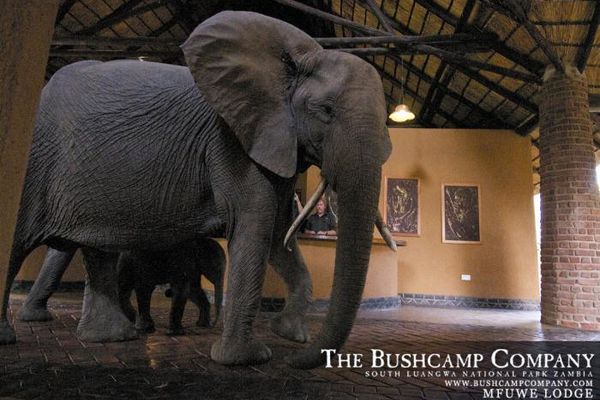 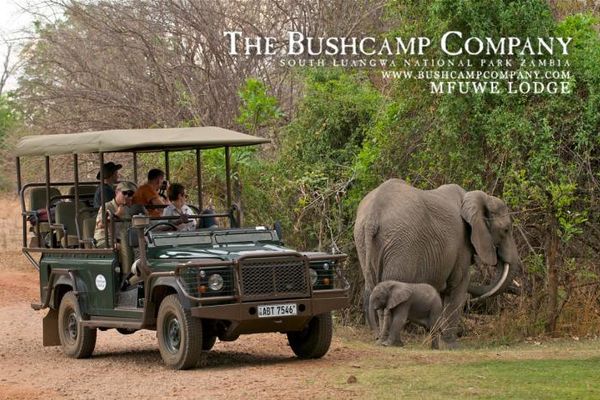 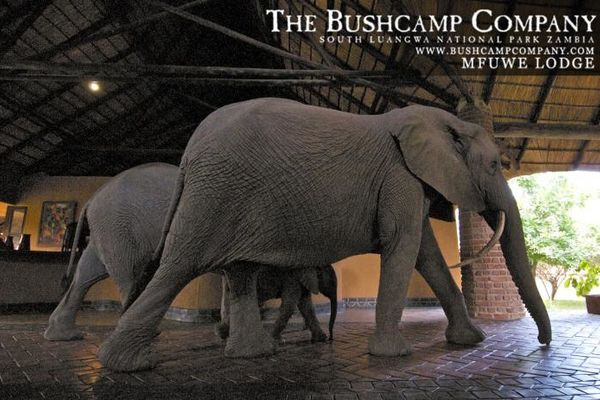