Each year, as we enter into October “suicide month” approaches and the Kapamba River reduces to a trickle. It still flows though and as most of the park dries up, it becomes a vital source of water to much of the game in the area. October probably offers the most productive game-viewing at Kapamba bushcamp, so it was only with momentary surprise yesterday morning that we received a radio call from the manager at Kapamba that he and all the guests had just watched a wild dog take down an impala in the river opposite camp while having there breakfast! He wanted us to let the African Wild Dog Conservation researchers know that there was a dog down in the area (and to gloat).
For the past 4 years, at this time of year guests have witnessed similar hunts from Kapamba - with pack of up to 17 dogs being seen chasing antelope down the river. Last year one of the managers managed to get some photos as he crept down into the river bed and into the shallow water to be at eye level and started taking photos.

Below are some photos and a few words.

"Wild dogs are notoriously curious and so they took a while to settle down to eat with me in the river 20 metres away - it made for some great photos though. The dogs couldn’t finish even one impala and so as they ran off back down the Kapamba, wallowing and playing on the way, it wasn’t long before the waiting vultures came in and finished off both carcasses. Quite a morning and it wasn’t even 7 am." 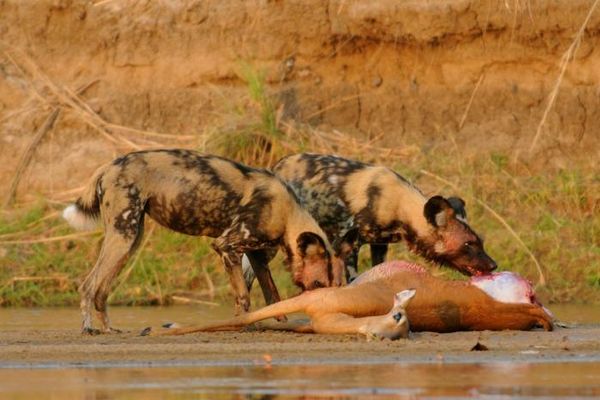 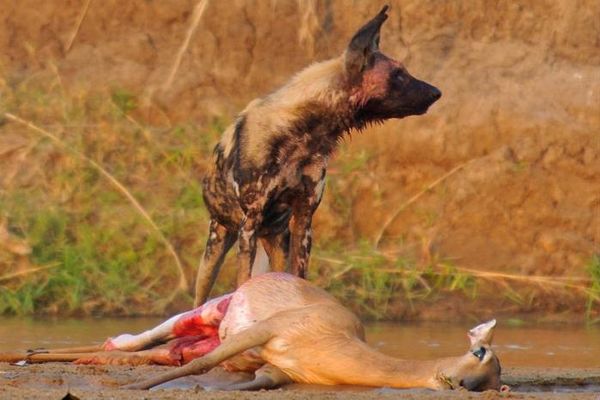 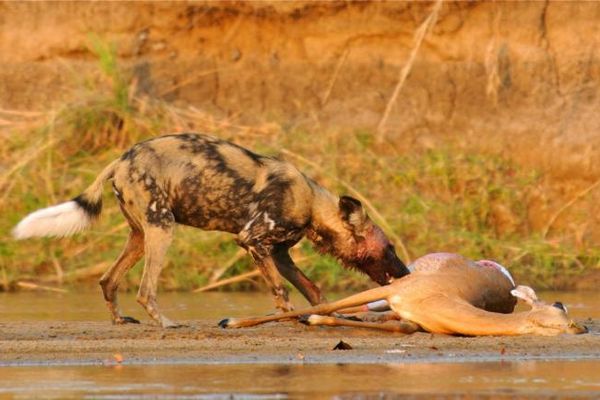 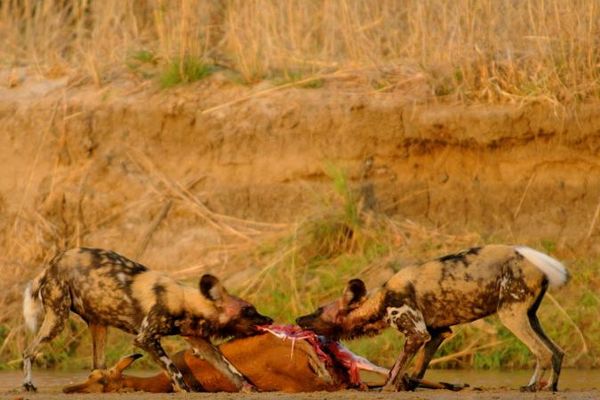 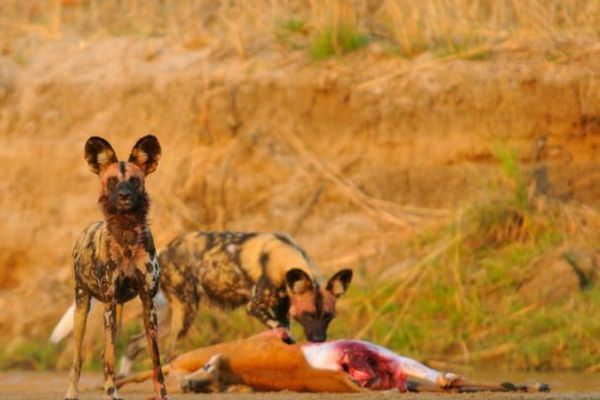 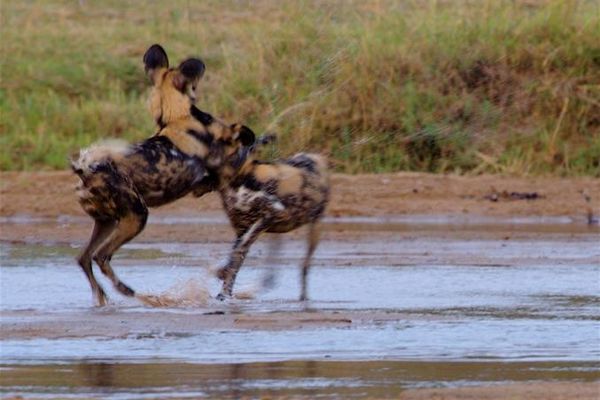 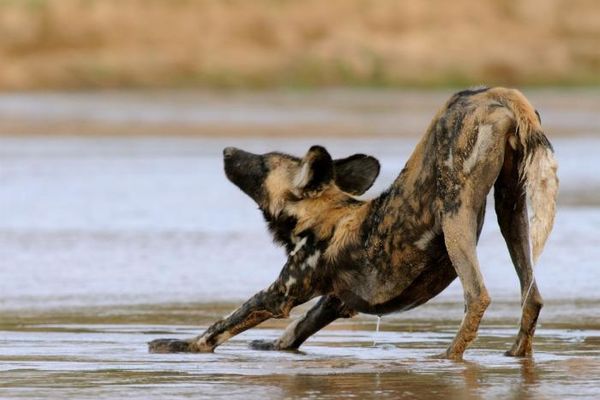 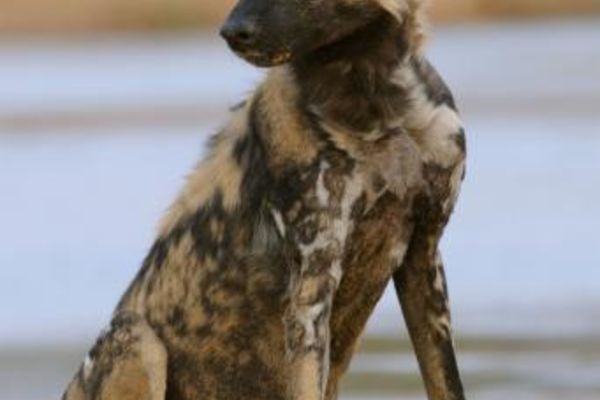 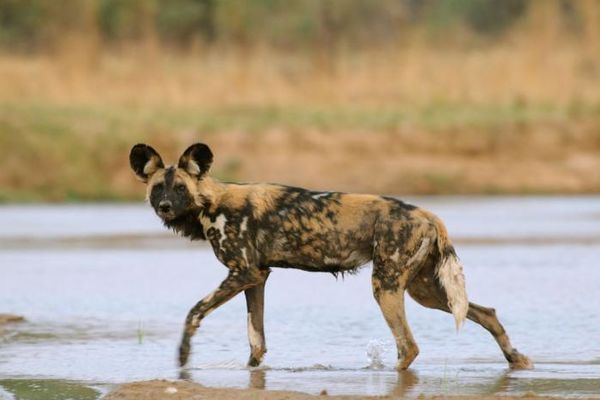 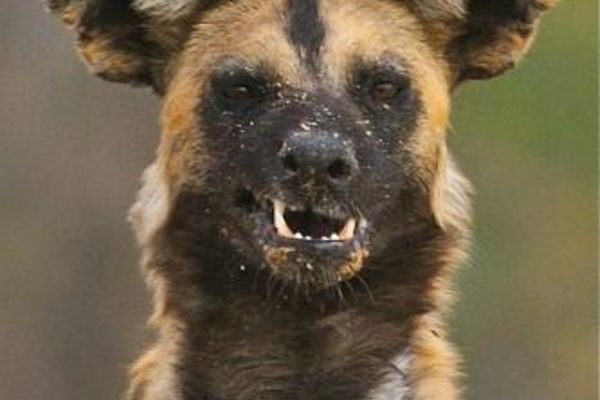 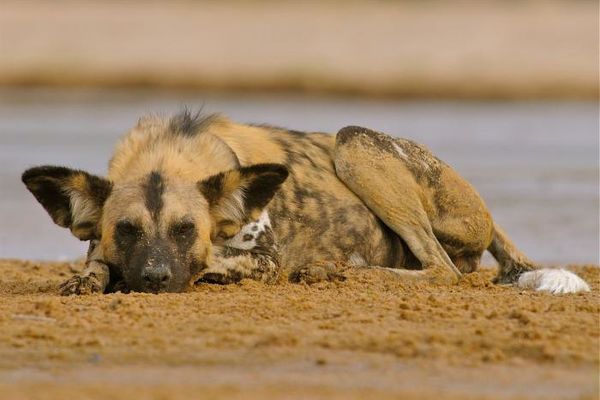 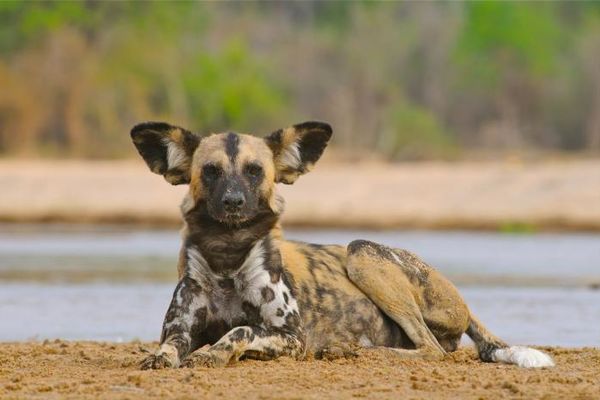